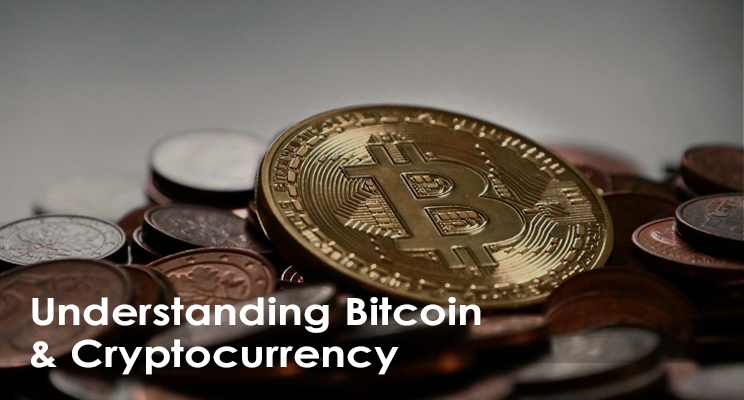 Arguably the most popular buzzword in the global economy right now is “cryptocurrency.” While Bitcoin is currently the most well-known cryptocurrency, most people don’t understand it beyond the hype and reported skyrocketing value.

The overarching goal of any cryptocurrency is to replace cash, credit, and electronic wire transactions with a digital medium of exchange that isn’t issued by any bank or backed by any federal government.

Bitcoin was originally viewed as an ideal system for small online transactions, like credit card fees. However, because those online fees are too expensive for retailers—plus with a limited supply and varying demand—Bitcoin’s real-world application has been hampered. To date, only a few established retailers will accept Bitcoin as a form of payment. Among them, you’ll find names such as Overstock, Expedia, Newegg, and Dish Network.

Bitcoin’s high level of scarcity has partly influenced its reported high market value. Although you can purchase Bitcoin using online cryptocurrency exchanges, Bitcoin was originally earned via a process known as mining, which is basically a lottery system using a specialized computer program. This lottery system favors those with the biggest and fastest machines, which means people will probably need better programs and higher Bitcoin prices to make mining worthwhile—leading to its scarce supply.

The Influence of Cryptocurrency

At this time, it’s hard to tell how much cryptocurrencies are influencing the markets. There are currently at least six other forms of cryptocurrency worthy of attention in the marketplace—and in recent months and years, upwards of 3,000 other cryptocurrencies have been developed and released since Bitcoin was created. However, many of them died out due to a lack of interest and use.

The Future of Cryptocurrency

Governments around the globe are looking at the potential for regulating cryptocurrencies. At the moment, Bitcoin is controlled by a global network of computers that track all purchases and transactions through a system known as Blockchain.

Blockchain keeps Bitcoin decentralized, making it hard for governments and regulatory bodies to control it and other cryptocurrencies. The decentralized nature of Bitcoin, plus its surging value, is diminishing its chances of becoming a more widespread currency. At the moment, most people seem to be turning to Bitcoin as a means of investing with hopes of a big payoff, rather than using it in commercial transactions.

Reports of investors who bought Bitcoin early and generated wealth has led to droves of people precariously investing in the cryptocurrency based on emotion and fear of missing out. As with any investment, there is risk involved with investing in cryptocurrency, and no one can predict its future value. Believing that the Bible holds a great deal of wisdom concerning financial matters, including cryptocurrencies, lotteries, and other ‘get rich quick’ scenarios, note that Proverbs 28:20states, ‘Committed and persistent work pays off; get rich quick schemes are rip-offs.’ (The Message)

It’s important to keep an eye on your long-term goals, and before investing talk to a financial advisor to make sure your investments align both with your financial plan and with your values.

Need a professional’s advice? Contact us today for a complimentary consultation

Views expressed are the current opinion of Jeff Blaser and are not necessarily those of Raymond James, and are subject to change without notice. Information was received from sources believed to be reliable, but accuracy is not guaranteed. The mention of specific securities is for information purposes only and no statement within this document should be construed as a recommendation to buy or sell a security. Prior to making an investment decision, please consult with your financial advisor about your individual situation. Bitcoin and other cryptocurrencies are a very speculative investment and involves a high degree of risk.  Investors must have the financial ability, sophistication/experience and willingness to bear the risks of an investment, and a potential total loss of their investment. The prominent underlying risk of using bitcoin as a medium of exchange is that it is not authorized or regulated by any central bank. Bitcoin issuers are not registered with the SEC, and the bitcoin marketplace is currently unregulated. Securities that have been classified as Bitcoin-related cannot be purchased or deposited in Raymond James client accounts. Past performance may not be indicative of future results. Investing always involves risk and you may incur a profit or loss. No investment stratagy can guarantee success.

Securities offered through Raymond James Financial Services, Inc. Member FINRA/SIPC. Blaser Investment Management Group is not a registered broker/dealer, and is independent of Raymond James Financial Services. Investment Advisory Services are offered through Raymond James Financial Services Advisors, Inc.
www.finra.org | www.sipc.org
This site is published for residents of the United States only. Raymond James Financial Advisors may only conduct business with residents of the states for which they are properly registered. Therefore, a response to a request for information may be delayed. Please note that not all of the investments and services mentioned are available in every state. Investors of the United States are subject to securities and tax regulations within their applicable jurisdictions that are not addressed on this site. Contact your local Raymond James office for information and availability.
Links are being provided for information purposes only. Raymond James is not affiliated with and does not endorse, authorize or sponsor any of the listed websites or their respective sponsors. Raymond James is not responsible for the content of any website or the collection or use of information regarding any website’s users and/or members.
Certified Financial Planner Board of Standards Inc. owns the certification marks CFP®, CERTIFIED FINANCIAL PLANNER ™ and federally registered CFP (with flame design) in the U.S., which it awards to individuals who successfully complete CFP Board’s initial and ongoing certification requirements.